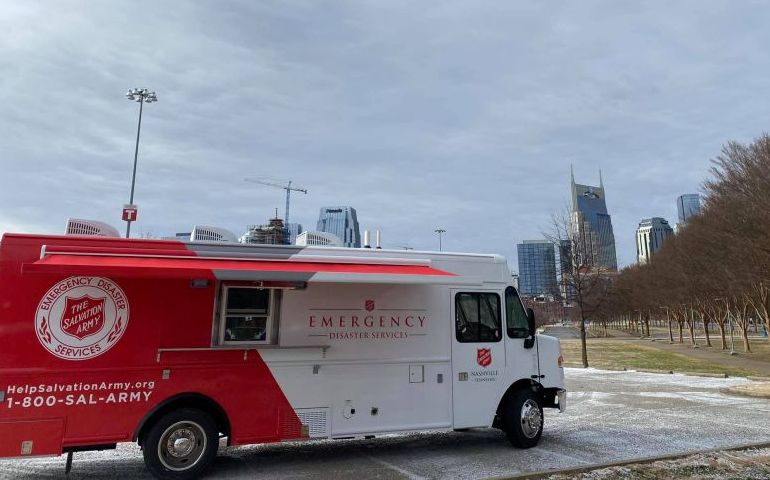 Nashville, TN –  Soon after Nashville’s downtown was rocked by an explosion about 6:30 Christmas morning, trained Salvation Army staff were coordinating with local officials and responding to meet the need.

“There was no question we would respond,” Major Ethan Frizzell said.   Frizzell, along with his wife, lead The Salvation Army’s work in Nashville.

Still weary from the efforts to provide a Merry Christmas to thousands of Nashville’s struggling families who are facing personal disaster, Major Frizzell and his team deployed a canteen (mobile kitchen) to respond to a different kind of disaster.

Offering hot drinks and snacks to hotel evacuees and first responders, The Salvation Army is doing what it does best – meeting human need, where they find it.  This isn’t the Christmas any of us had planned,” Frizzell said, “but, in all of this, we know God is faithful.”

Salvation Army equipment and personnel remain on scene to respond as needed.