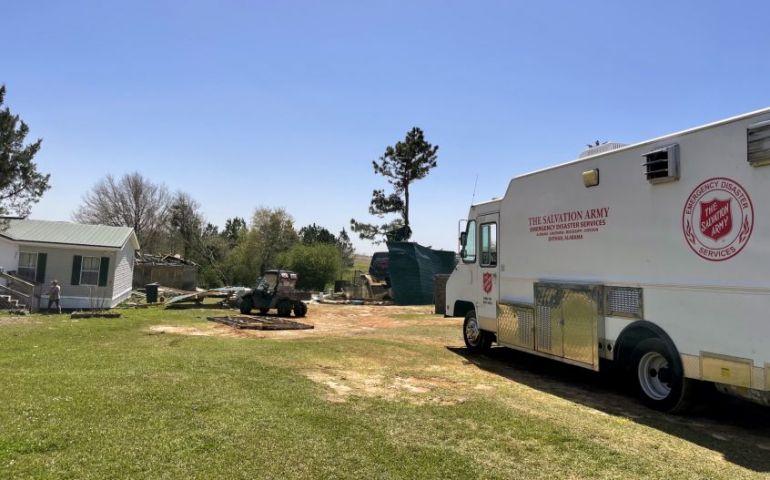 Jackson, MS (March 18, 2021)— Thankful that the projected severe tornado outbreak of March 17 was not as destructive as expected, The Salvation Army Alabama, Louisiana, Mississippi (ALM) Division has been serving pockets of need after yesterday’s severe weather.

Laurel, MS: The Salvation Army Laurel Corps provided snacks and drinks for 70 people at the Jones County Safe Room at the request of local officials.

Dothan, AL: The Salvation Army Dothan Corps received a call asking for assistance for a senior citizen whose home was devastated during the storm. They responded to the call by providing water, boxes, blankets, and spiritual care.