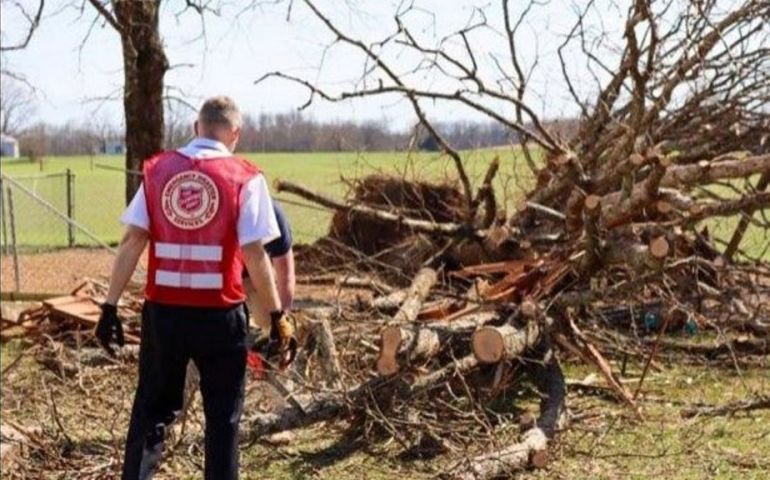 NASHVILLE, TN - A disaster response team from The Salvation Army in Nashville deployed this morning to assist the response efforts in Portland, TN after a potential tornado struck the community.

Our response team provided food and hydration support to those working on-scene, as well as, Emotional and Spiritual Care to those who had been affected. “Thank you guys for caring enough to come out and check on us, we’ve never had this in many years. It’s a blessing,” said Portland resident, James Beard.

Major Stephen Story, Incident Commander for The Salvation Army response states, “The first thing we did this morning was to reach out to the city of Portland and speak to the Mayor about how we could best support his community. He asked for us to bring food and hydration supplies for today as assessment and initial cleanup activities were started. Due to the potential for more severe weather this weekend, we have been asked to return on Monday with meals for those who will be taking part in the larger community cleanup initiative that is being planned. We will continue to work with the community of Portland to provide support until it is no longer needed.”