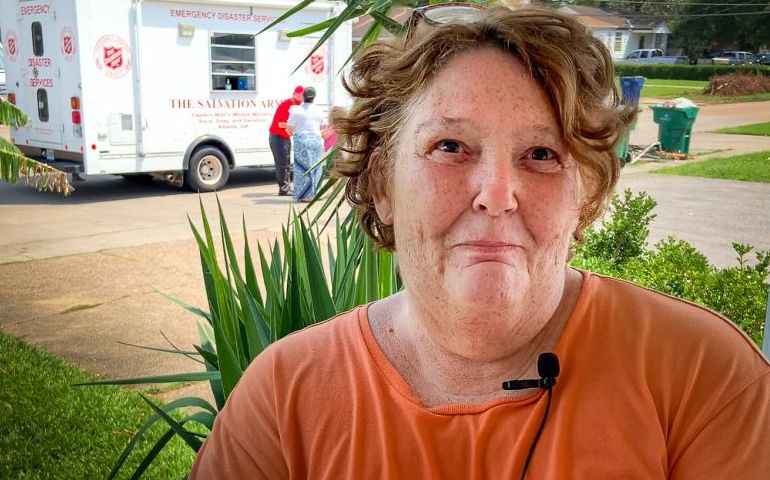 New Orleans, LA - Those with disabilities, the elderly, and underserved populations are left helpless in the wake of Hurricane Ida. The Salvation Army is aiming to bring relief by delivering meals right to their doorstep by sending mobile kitchens into the pockets of neighborhoods that lack access to basic needs such as food and hydration.

The Salvation Army is responding to Hurricane Ida, providing food, drinks, emotional and spiritual care and other emergency services to survivors. 38 mobile feeding units have been active in Southeastern Louisiana by providing 140,973 meals, 98,076 drinks and 34,401 snacks to areas impacted by the storm. The Greater New Orleans response team has been aiming to identify the areas most in need and bring food and water directly to doorsteps. Nearly half of it’s mobile feeding units have been going up and down neighborhoods streets delivering meals.

“Half a million are still without power and it’s going to be weeks before some areas are back online,” said Ed Binnix, Incident Commander for The Salvation Army Greater New  Orleans. “We’ve got teams identifying areas most in need. We are reviewing requests online, and we are listening to our mobile kitchen crews. We are really keeping our ear to the ground to help get food and hydration to those that need it.”

The Salvation Army is finding that those with disabilities, the elderly and underserved populations can’t gain access to basic needs. “My brother has Parkinson’s and he’s been trying to get out and walk, but for today he can just chill and relax,” said Clare Metcalf, a resident in the Westbank area. “We were very excited to see you.”