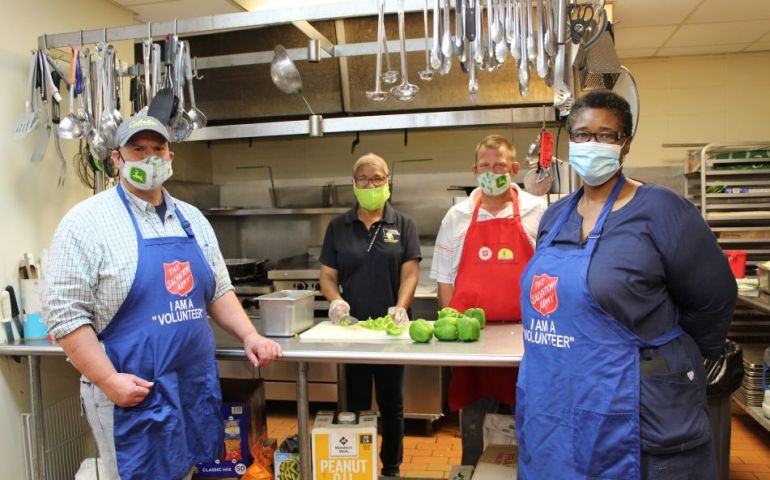 In the first few days, approximately 2,000 meals a day were being prepared in the small kitchen of the Corps. Not only were they providing food for the community, but they were also preparing meals for the volunteers, employees, and officers being deployed to Gonzales, Louisiana to serve survivors of Hurricane Ida.

Serena Gotch, Food Service Supervisor, has worked for The Salvation Army for two years. She explains that Jason and Chuck meet every morning for a devotion and prayer before they begin cooking. “The food is cooked and served with love," Serena says.

When the additional meals were needed, the Corps was low on food. They go on to share the donations came in, such as bacon, chicken, beef, and seasonings, just in the nick of time to help make all of the meals possible. They call them God's groceries. All together they say God has provided everything needed to continue to serve.

The Baton Rouge group continues to provide dinner for the group of volunteers and staff who are under the Incident Command Staff in Gonzales. The dinners have been especially delicious and appreciated by all.