Partnership Helps The Salvation Army with Much Needed Resources 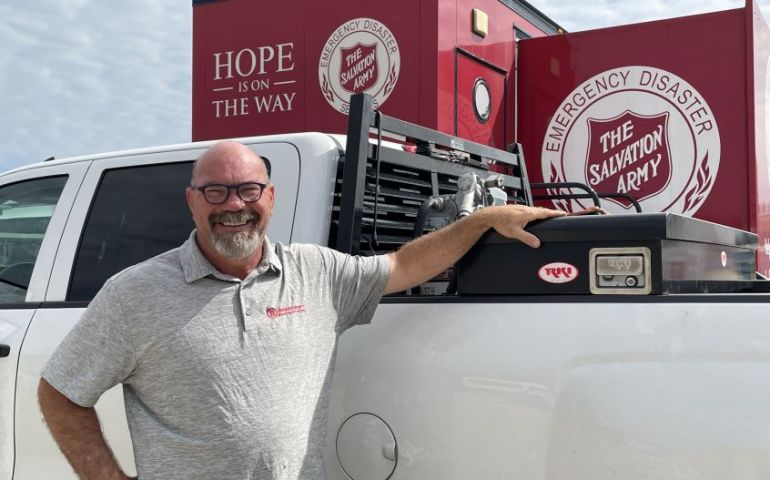 Oklahoma City, OK (October 22, 2021) – Corporate partnerships are important to the success of The Salvation Army’s disaster response efforts. There are many long-term relationships with community-minded businesses.  The Salvation Army is able to count on these partners to step up and support our work in times of disaster.

Briercroft Restoration Equipment Rental Company is one of those partners.   During pre-storm planning, not only is there deployment of personnel, but equipment is also an important part of the response.  The Salvation Army and Briercroft have worked together in past storms, including Hurricanes Harvey, Michael, and others.

During the most recent response to Hurricane Ida, Briercroft went above and beyond to ensure The Salvation Army’s disaster recovery was not hampered due to loss of generator power and more.  The company helped with lodging, transportation of supplies, access to generators, mechanical services, sourcing services, and even provided a truck driver when several trailers of supplies needed to be moved.

Briercroft is one of the first companies often called to help restore infrastructure such as police stations, hotels, etc.  A few years ago, while on site for a response effort, a crew ran out of food.  With no power in the immediate vicinity where his crew was working, there were no available sources for a meal.  Tim Dickenson, Owner and Chief Executive Officer, knew someone at The Salvation Army and that there might be a mobile feeding unit in the area.   The Salvation Army was able to provide several hot meals for his crew and the gesture has not been forgotten.

Tim Dickenson states, “It’s great to be able to pay back The Salvation Army’s generosity.  It’s nice to help solve logistics and immediate challenges to The Salvation Army’s mission and ministry which allows their services to continue without interruption.  This way the people who are most affected by a disaster receive the services they need.”

The Salvation Army is grateful to Briercroft Equipment Rental  and others who have come alongside us during disasters to ensure we are able to continue our emergency response efforts without disruption.

To support the ongoing work of The Salvation Army or for more information go to www.disaster.salvationarmyusa.org/