“We Are All Going to be Equal in Heaven” – Wayne Wiggins 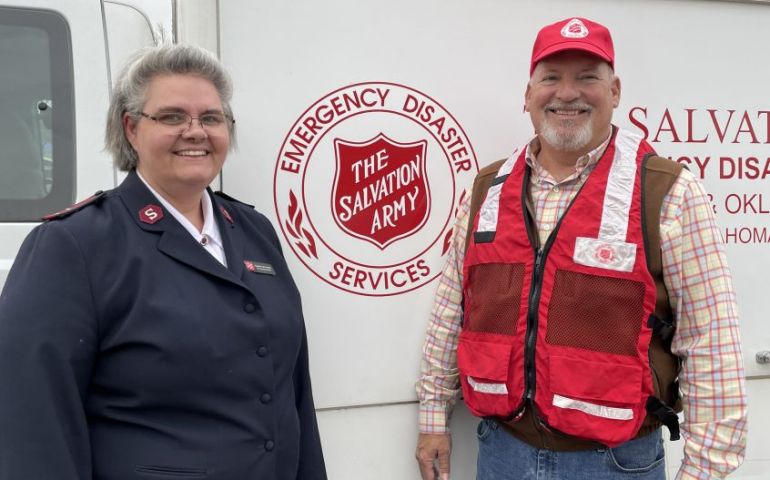 Jonesboro, Arkansas (December 16, 2021) The Salvation Army is very reliant on volunteers and there are many ways they can become involved.  Whether it be volunteering during times of disaster, helping serve meals, helping with Angel Tree, ringing the bell, becoming an Advisory Board member or more, there is always a place for a volunteer to serve.

An Advisory Board member helps advise and assist The Salvation Army in all its activities, programs, and services in the local community. In Jonesboro Arkansas, the Advisory Board is led by Wayne Wiggins, III, Community Advocate, who serves as the Board Chair.

In 1973, when Wayne was in high school, a large tornado hit Jonesboro while Wayne and his sisters were asleep. They were left with nothing except the clothes they had on that evening.  Therefore, he understands what some of the survivors are experiencing, such as not having clothes, food to eat, money to buy food and not knowing when help is arriving. He understands what it’s like for a storm to hit in the middle of the night and you can’t see, you don’t know if your family and/or neighbors are okay – it’s very dark and you must wait until daylight to see what has become your new circumstance.

On Wednesday, Wayne was able to put boots on the ground and get involved in emergency disaster response.  He was a part of a team on a Rapid Response Unit, RRU, serving hot meals, snacks, and hydration. It was the first time to be out on a roaming unit which went through neighborhoods and served neighbor to neighbor.  He says he was happy to do it and to listen, such as the lady who lived by herself who is afraid to leave her home. "She just needed someone to help reassure her, comfort her, and provide hope," stated Wiggins.

Wiggins says, “The Salvation Army is a great organization.  They serve people who many others might not see to serve.  The Salvation Army reaches out to everyone - the last, the least, and the lost.  People that other people don’t care about; The Salvation Army cares about everyone. We are all going to be equal in heaven.  It doesn’t matter what you have here on earth, we are all the same on the inside.”

“What a wonderful asset to have Wayne as our board chair.  His passion for this community is remarkable.  He is most alive when helping his friends and neighbors in his community,” says Captain Teri Smith, Corp Officer, Jonesboro Salvation Army.