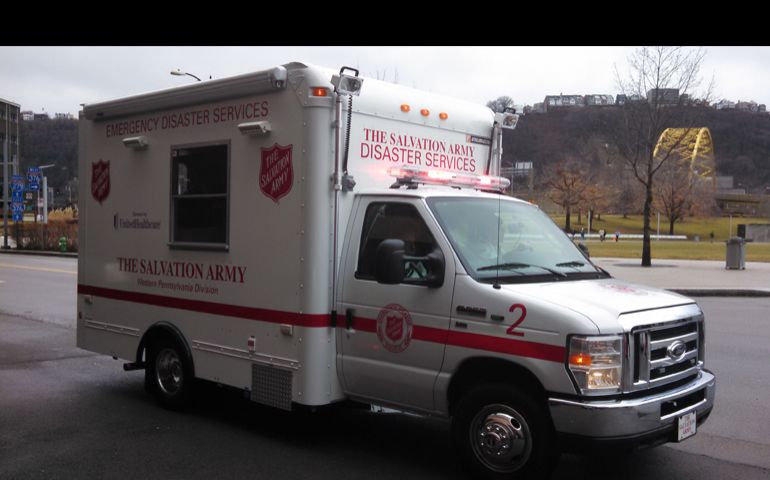 A major bridge collapse occurred around 7 AM of Friday in the City of Pittsburgh’s Frick Park, injuring more than 10 people and trapping a number of vehicles including a public transit bus.  With freezing temperatures and snow fall forecast conditions are adding to the already difficult circumstance with numerous rescuers having to repelled down to the collapse area.  Numerous response agencies are still operating on scene and will be for quite some time.

The Western PA Salvation Army Emergency Disaster Services team was immediately activated to assist.  Currently two disaster response units are operating on scene in support of both first responders and victims.  Meal support has already been requested and it is anticipated will continue through today.  EDS personnel continue to coordinate with City and County officials on the ongoing response and visit by the President later today to the collapse site.

We will continue to provide updates as warranted as the situation develops.