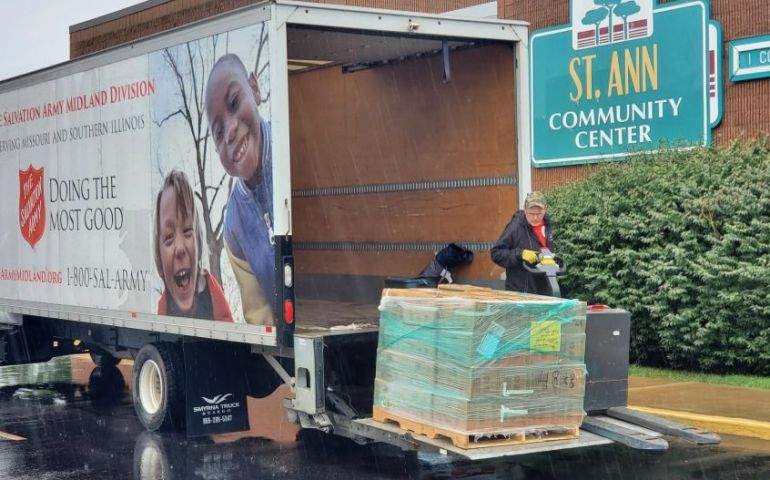 (St. Louis, Mo.) With the hardest flash flooding rainfall in more than a century, the Salvation Army’s Midland Division leapt to emergency disaster service this week when St. Louisans found themselves displaced or stranded because of the extreme weather.

Flood recovery supplies were donated to and distributed at the St. Ann Community Center, at 1 Community Center Drive in St. Ann. They are available for people affected by the flash flooding.

About 25 people arrived at the St. Ann Community Center on Tuesday morning when the rain became dangerous for them. St. Louisans have huddled at other makeshift shelters around the region since then.

“They reported to me that there was a household where the husband had to carry out his wife and three dogs basically on his shoulders in chest-deep water,” Martin Rueter, Executive Divisional Director of Emergency Disaster Services, said. “The highest point was a car wash bay waiting until they could get some additional directional assistance for a more perma-shelter at one of the local churches.”

One fatality was reported. Widespread property damage came from apartments and houses throughout most areas of the region.