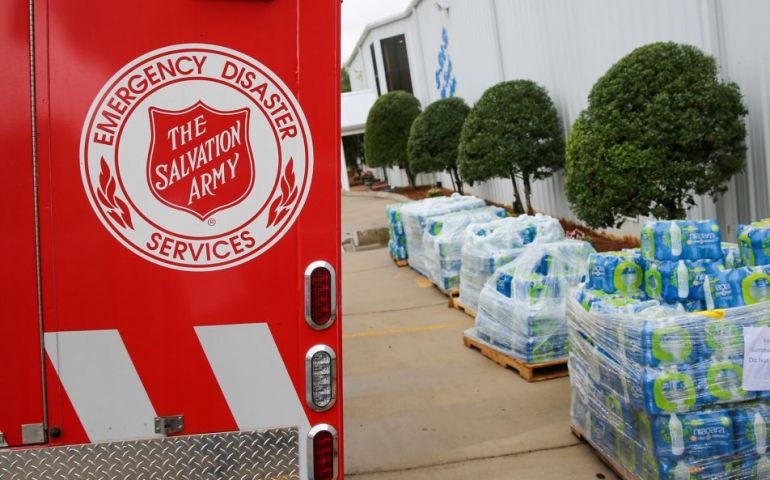 The Salvation Army has served over 15,000 meals and snacks at various local churches and other locations from their mobile kitchens, including the Trion Wrestling Building, Chattooga County High School and Middle School, and direct delivery to some of the vulnerable populations within the area. In addition, individual donors have given truckloads of water on behalf of The Salvation Army that were distributed in those areas of most need.

“Our hearts and prayers are with those impacted by this flooding, from those who have had no access to water to those who have had major damage to their homes,” says Lanta Lloyd, Emergency Disaster Director for The Salvation Army of Georgia. “Each disaster is unique, but the good news is that The Salvation Army is prepared and equipped to offer physical, emotional, and spiritual support to those affected by disasters.”

The disaster in Northwest Georgia began with flooding but quickly became more serious when the local water systems were affected. Residents soon faced a health and safety crisis without safe, drinkable water. The situation affected local restaurants and other businesses; many had to close due to the inability to provide sanitary conditions for food service.

A specialty of The Salvation Army that made it a critical element in a successful disaster response was its trained and certified food service fleet. During this disaster response, The Salvation Army of Georgia deployed three of its 24 mobile kitchens to Northwest Georgia, along with professionally trained and certified staff and volunteers to address the community's needs. The Salvation Army deployed a mobile kitchen from Gwinnett County (a vehicle sponsored by Fed-X), along with Rapid Response Units (RRUs) from Dalton, Georgia, and Newnan, Georgia. Rapid Response units are specifically designed to be able to access affected areas potentially unreachable by larger vehicles.

“We are thankful to the generous support of our donors and partners that have made it possible for us to help people in their time of need,” said Captains Tim and Paula Blevins, the presiding Salvation Army officers in Rome, Georgia. “Without them, we would not be able to show that help and hope exist for those who need it.”

In times of disaster, The Salvation Army is a trusted responder. With the generous support of communities, The Salvation Army can meet immediate needs during disaster responses. The best way to help relief workers and those impacted by disasters is to make a financial contribution. Financial contributions allow disaster responders to immediately meet the specific needs of those affected.