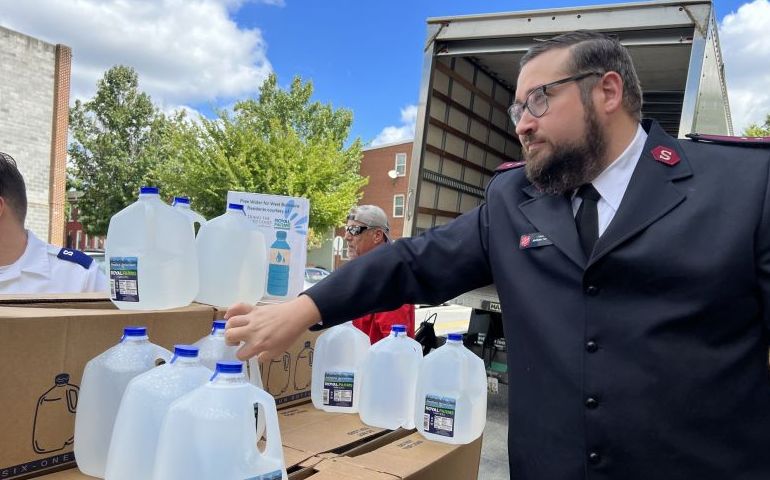 The Salvation Army of Central Maryland partnered with Royal Farms to provide 4,200 gallons of water to residents in Sandtown-Winchester and the Mathew Henson communities in response to a boil water alert in West Baltimore, Maryland. Water tests over Labor Day weekend revealed the presence of E. coli bacteria in the water in a 56-block area. The alert was lifted on September 9, 2022.