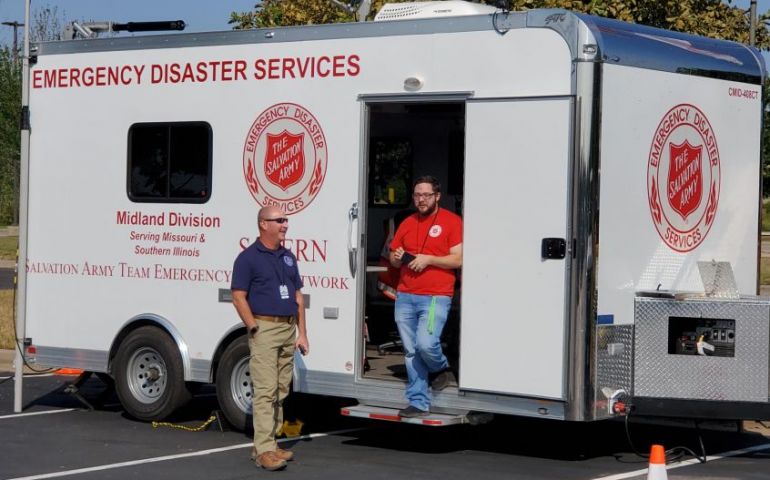 The exercise, started in 2014, was an opportunity for The Salvation Army to showcase its SATERN (Salvation Army Team Emergency Radio Network) truck, which helps individuals and amateur radio operators connect during emergencies, should other communications methods stop working.

The Salvation Army sent and received radio signals, alongside organizations such as Verizon, the Federal Emergency Management Agency (FEMA), AT&T, Missouri Department of Health (MoDOT), the National Guard, and T-Mobile.

“We’re testing new approaches to be able to communicate,” said Martin Rueter, Director of Emergency Disaster Services at The Salvation Army Midland Division, of the event. “One of the objectives of this exercise is to test your equipment being used in different fashions and find out if there are hiccups and glitches.”

One of the new initiatives this year, Rueter said, was seeking special phone access under the communication corporations for emergency workers, including those from The Salvation Army.

The Central States Communications Exercise has grown from four states, originally, to 23 states in 2022, in addition to nine governmental agencies, at the local, state, and national levels.